He was the oldest man in the world. He rarely wore shoes and chewed tobacco constantly. He claimed he grew 3 sets of teeth during his long life. And when he died on July 5, 1922, his oldest child was 99 years old and his youngest only seven. Other men in the mountains lived to be old men, but none ever came close to John Shell.

This was my great, great grandfather, fondly known in the family as Uncle Johnny Shell (actually spelled Schell, according to my 100-year-old grandmother who had the same last name). Shell was a gunsmith, (his Kentucky Flintlock Rifle was recently auctioned for $40,250.00) a miller, a wainwright (repaired wagons) and a blacksmith. He made knives, axes, hammers, spinning wheels, looms, and whiskey. He was also widely known to be an exceptional storyteller.

Yes, back in 1922, my Uncle John Shell was purported to be 132 years old when he finally shed his old—very old—mortal coil. Fact or fiction? Well, we’ll probably never know for sure. Like I said, he was a great storyteller.

Perhaps I inherited some small measure of his storytelling genes, although I confess I am striving to impress upon the world that I am not galloping toward 100, but am, in fact, retrogressing, gracefully, to the fine and stable age of 40. As they say, only time will tell, but we all know how this story will end.

Uncle Johnny was born in 1788 near the Roaring River in East Tennessee. The family eventually settled in Leslie County, Kentucky, near what today is part of Harlan, KY.

John Shell recalled the earthquake which rumbled through Kentucky in 1811, saying that it came in December, early in the morning and lasted for two days, shaking the dishes from the table and pictures from the walls. He could call to mind when the stars fell at night “long in bunches and one after the other” in 1837 or 1838. John knew Daniel Boone and remembered him killing bear, deer and wild turkeys.

When the Civil War broke out, Shell rode all the way to Virginia to fight for the Confederacy. “When John Shell arrived in Virginia and finally got to see Robert E. Lee to enlist to fight for the Confederacy,” relates Shell descendant Naomi A. Middleton Taylor in a family history, “Robert E. Lee said to him, ‘Sir, I admire you for riding this far. But sir, I cannot take you because of your age.’ John Shell was disappointed. You see, he was 74 years old.”

Below is an excerpt from an article about Naomi A. Middleton Taylor whose book, My Legacy, traces her family genealogy, with the primary focus being on John Shell. The article was written by Rachel E. Sheeley.

Taylor started her research at the Wayne County Historical Museum, where she was fortunately referred to Harry Hunter at the Smithsonian Institution. Hunter, a native Hoosier, assisted her with research on Shell that is recorded in the Smithsonian's National Museum of American History.

John Shell was born in 1788 near the Roaring River in the territory of Tennessee to gunsmith Samuel and Mary Ann Shell. He learned the rifle-making trade from his father and was reputed to have been friends with Daniel Boone.

John Shell moved to Kentucky when he was in his 30s. He and his first wife had 12 children. She lived to be 117.

When he married for a second time, it was to a much younger woman, Elizabeth “Betsy” Chappell Shell.

John Shell’s longevity was celebrated at the Kentucky State Fair in Louisville, Ky., when he was age 131. According to a document in the Smithsonian, John Shell was able to produce a receipt for his poll tax—for which he would have had to have been 21 to pay—that was dated 1809.

After the appearance at the fair, John Shell is reputed to have gone back to his Grassy Creek home where he won a shooting challenge against three young men with a gun he made.

According to Taylor’s book, John Shell went hunting in 1922 when he was 132 years old and got caught in a storm. He became so ill he died.

‘He was an incredible gentleman,’ Taylor said.

Taylor said there are people who dispute John Shell’s advanced age, and to them she says, “Fooey.”

Her manuscript has been accepted for the Library of Congress. 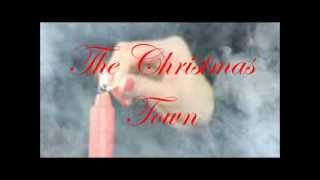 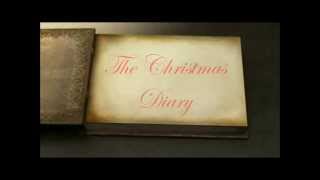 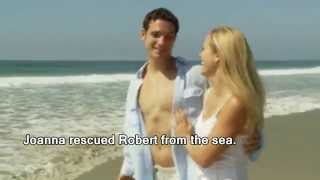 Trailer: The Other Side of Summer

What Happens to Your Brain When You Read? (or Listen to an Audiobook?)